Liverpool have been handed a big boost ahead of their final two games of the season after two of their star players returned to training this week. Mohamed Salah and Virgil Van Dijk returned to Liverpool training just in time for the visit of Wolverhampton Wanderers in the Premier League and the Champions League final meeting with Spanish La Liga holders Real Madrid. 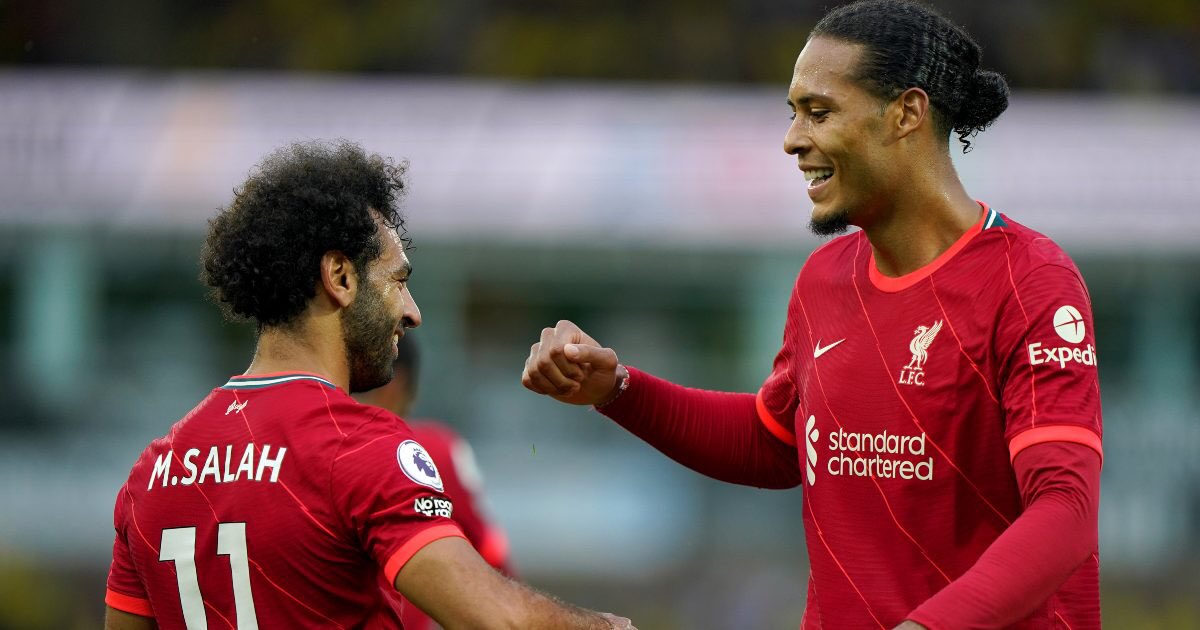 Merseyside giants Liverpool will take on Wolves at home in their final league game of the season on Sunday with the title still possible, while a seventh European title is in their sights ahead of the Real Madrid game in the Champions League final in Paris next week Saturday. Salah and Van Dijk are on course to feature in each of the two games after recovering from the respective injuries picked up during the FA Cup final clash with Chelsea last week Saturday. Egyptian star Salah picked up an injury in the first half of the game with Diogo Jota subbed on in his place, while Van Dijk also left the game with an injury at the end of first half extra time and Joel Matip was his replacement.

Liverpool and Chelsea had to take the game to extra time after the two teams failed to find the back of the net in normal time. Van Dijk and Salah were not involved in the penalty shootout that ended the game in favour of Liverpool via a 6-5 scoreline.

Six-time European champions Liverpool have now won two trophies this season after their FA Cup final triumph at the expense of Chelsea. They added the FA Cup title to the Carabao Cup title won in February thanks to a penalty shootout win over Chelsea as well. They have their eyes on both the Premier League title and the Champions League title to make it an unprecedented quadruple.