Liverpool have boosted their hopes of qualifying for the Champions League round of 16 after they secured their second straight victory in Group A. The Reds are in Group A alongside Dutch champions Ajax Amsterdam, Italian Serie A leaders Napoli and Scottish side Rangers. 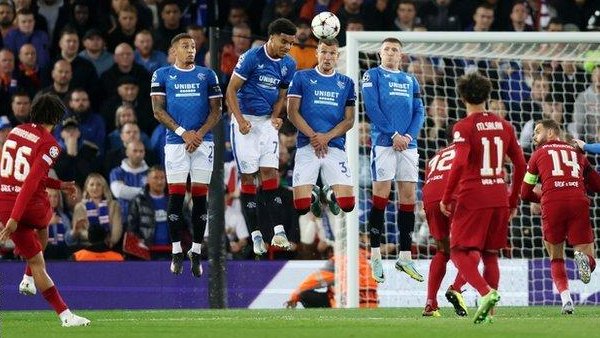 The Reds didn’t have the best of starts in Group A after they were beaten convincingly by Napoli in their first game. Polish midfielder Piotr Zelinksi scored a brace to lead Napoli to a 4-1 win over Liverpool.

Liverpool have not been at their best since the start of this season with just two wins from their first seven games in the Premier League and Champions League.

The Reds bounced back from the defeat to Napoli with the slim win over Ajax Amsterdam. Cameroonian centre back Joel Matip scored a late goal to give Liverpool a 2-1 win over the Dutch team. It was the first win for Liverpool in Group A

Liverpool made it two successive victories in Group A with the 2-0 home win over Rangers on Tuesday. Trent Alexander-Arnold scored the opening goal for the Reds via a free-kick. His goal gave the home team a slender 1-0 lead at the end of the first half.Egyptian star Mohamed Salah sealed the win for Liverpool in the second half from the penalty spot after Colombian attacker Luis Diaz. Salah scored the second Liverpool goalto seal the points for his team.